Centre is a city in Cherokee County, Alabama, United States. At the 2020 census, the population was 3,587. The city is the county seat of Cherokee County and is part of the Gadsden, Alabama Metropolitan Statistical Area.

History Cherokee County was created on January 9, 1836, and named for the Cherokee people who once lived in the area. The famous Cherokee chief Pathkiller lived in Turkeytown near the present town of Centre. In 1836 the newly founded town of Cedar Bluff became the county seat, but in 1844 the county seat was moved to the more centrally located town of Centre. The name was chosen, and carries the British English spelling, because of this central location in the county. In 2011, Centre began allowing the sale of alcoholic beverages, and is no longer a dry city.

Recreation Centre is located near Weiss Lake, a man-made reservoir and self-proclaimed "Crappie Capital of the World".

Transportation and Infrastructure Centre is served by CentrePiedmontCherokee County Regional Airport for general aviation, though no regularly-schedules commercial aviation flies directly to Centre. The closest commercial airports are HartsfieldJackson Atlanta International Airport and BirminghamShuttlesworth International Airport, both of which are a roughly-equal distance to Centre. No US Interstate highways pass directly though Centre. The closest Interstate highways are Interstate 759 and Interstate 59, which are accessible from the nearby city of Gadsden. Centre itself is served by Alabama State Route 58 and U.S. Route 411; the two roads intersect at the city centre. 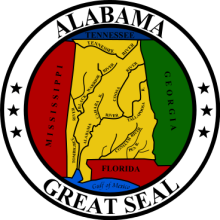